In an Industry that is forever evolving rapidly, having the right personnel on board counts for everything. I pride myself on providing efficient world class music services within all types of budgets and specific requirements. From Muscial Direction, Musicians (Drummers, Guitarists, Bass players, Staffing, Label Showcases or a full out Arena tour. Whatever your needs are, they will be taken care of with meticulous attention to detail. 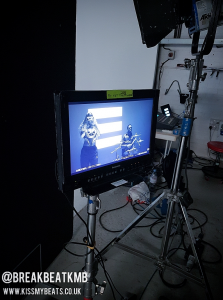 Every Artist is different, this is why careful thought and preparation is put into every project. Below are some visuals on previous projects worked. From Pop, Hip-hop, UK grime, Rock, EDM, sublow, Drum and bass DNB, Reggae to name a few. Please do not hesitate to get in touch and discuss your needs. 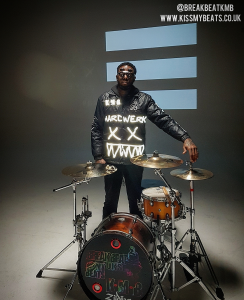 Drum Solo on Against All Odds Arena Tour

UK Soul/R&B is back with a bang, in the form of an artist called Jerome The Singer (Working with Beyonce creative team). His new visual “Best Man” is a slick performance based serenading session. Enjoy lol

The song is an upbeat, rock infused guitar led song. Add a catchy melody and sharply delivered verses to the mix and I think we have quite a grower. It is not the typical “grime” sounding record but more a cross hybrid of genres. My specific role was to bring the rhythmic energy to the video, I used a simple 4  piece Gretsch drum kit with a selection of zildjian cymbals (for the drum enthusiasts). Either way, this record definitely opens up the scope, bringing a wider audience into the ever growing grime and underground movement currently happening , let’s see how it goes.

When my phone rang for this project, my brief was “Breaks, we’re doing a rooftop session with drones”, Initially i thought of the Dapster behind the remote, crashing a drone into a wall. Turns out it was an acoustic session, filmed by drones for 4music…. Wording is everything.

This project was for the Tinchy Stryder promo run on a single called “Never Leave You”. It was pretty cool to work this, Tinchy is a cool and laid back character. Check out the T4 performance of this melodic, catchy pop record.

Against All Odds Arena Tour Rehearsals

Below is a recording quickly captured in rehearsals, I was also blessed to create the drum parts for “Playing With Fire, Ft Mr Hudson”.

This audio showreel is an example of my musical direction work. The BBC Live Lounge Maida Vale is a prestigious place to play, even more at prime time with Zane Lowe (before he departed for beats1). Lethal Bizzle and his team briefed me on what they wanted to achieve sonically, I was then able to translate that between the individual musicians by re creating the record and directing arrangements. Of course your boy hooked up a nice situation, I didn’t steer them wrong lol.

When I was first approached about the Estelle project, my brief was create a sound/energy to elevate her live show. The feel was very 90s hip hop combined with a neo soul edge. This was the first time her campaign opened up and allowed provisions for a set live band to translate her debut studio release “The 18th Day” on V2 records. This particular performance even had Megaman from So Solid Crew Featuring on “Free” and introducing the band.

N-dubz “Shoulda Put Something On” Live on Friday Night With Jonathan Ross:

Live Tv recordings can be a very a tricky domain to enter. Whilst some may opt for miming, I have always been blessed to work on projects that are open to perform live where possible. In instances where I am curating or Musically Directing I always take the direction of live. Playing Jonathan Ross is prime time Television, with viewership at its peak, there isn’t any room for mistakes.

Created / Recorded Drum Parts for this single. Over 20 Million views on youtube.

My brief for this project was to bring a fierce rock energy to a section of the track/visual. Wretch was just beginning to carve out his sound in UK grime at this point. It is a brief cameo in which i am using kick, snare, hats and 2 cymbals. “Be Cool” was one of the early set up tracks to his smash record “Traktor”. Cameo from familiar faces such as Chipmunk, Bashy, Vis (Not For The Radio), Scorcher and Twin B to name a few.

Fame Academy Winner, David Sneddon: In this live recording of “Best Of Order” for Top Of The Pops (TOTP) my role was to re-create my drum album parts live for this TV performance.

Nate James “Universal” Video: The brief for this project was simple and precise. Create a stage performance of the record to be captured for a promotional video of the single. All before his appearance on UK TV show The Voice.